I am delighted to be hosting a Q&A with author, Ben Starling, as he travels the blog-o-sphere on his ‘Something in the Water’ tour. 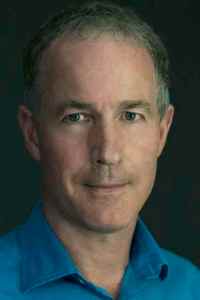 First of all, tell us a little about yourself. What is the coolest thing you’ve ever done?

I once fell through the ice in a lake. Fortunately I was near the side and the water was only two feet deep. But it was way beyond cool—in fact it was ridiculously cold.

Do you recall your dreams? Do you have any recurring dreams/nightmares?

I do recall my dreams—and wake up thinking about them most mornings. Many recur and what interests me is they can be every few months or even every few years. Not so much nightmares, more often thought-provoking dreams.

The most interesting ones are the powerful, lucid dreams. I’ll have these for three or four consecutive nights and then they are followed by numerous synchronicities in my normal life.

Another weird thing is that during this phase, I must be projecting some sort of energy because I notice strangers looking at me in the street. I become highly visible. This fades after a week or so and hasn’t, so far, been followed by the life-changing event I anticipated when this process first started!

What have you been working on recently? Can you tell us about your new release?

Something in the Water is fundamentally a love story—with a bit of adventure in the tropics thrown in too.

What if to be with the man of your dreams…you had to give up your life? On the verge of losing her job, side-lined journalist Teal is forced to travel to the South Pacific to profile a powerful businessman. But with her almost-but-not-quite fiancé Bear discouraging her every step of the way, she may not be able to save her career or her relationship.

When corporate criminals invade paradise, Teal teams up with a former boxer turned marine-biologist to investigate. As she discovers the true intentions behind their new canning operations, she must either accept the plum promotion that will save her career or—with Perry—defend the island with more than her life.

Something in the Water, An Ocean Romance is available on Amazon.

Do you set writing goals for yourself? How do you stay on track?

Only quite loosely. When it’s going well, I churn out several thousand words a day, when badly, it can be only a handful. But when taken over time, hopefully I’m hitting an acceptable average. How do I stay on track? There’s no one answer, but I do find that a change of scene is a great energizer if I’m slowing down. There’s nothing like a walk by water to unsnarl a plot tangle.

How did you get started writing?

I’m a freelance editor, working on business plans, articles published in specialist magazines and some fiction. After many years of working on other people’s stories, it felt like the right time to create an original one of my own.

Something in the Water was inspired by the loss of my partner at forty-five years of age to ovarian cancer in 2012, just thirteen weeks after her diagnosis. In the aftermath, an old friend challenged me to turn that grief into something positive.

Remembering a conversation with a charismatic Polynesian fisherman (I visited there once) about his people’s vision of death and the afterlife, I began to write. Through the written word, I hoped to explore and capture several extraordinary events that happened around the time of my girlfriend’s death. The novel and the series kind of took off from there…

How did you come up with the title of your book or series?

I had a working title from the off—I like to have a title because it gives the forthcoming book an identity. It’s a form of respect and once it’s in place, I get to work with the writing, remaining mindful of the working title. Is it contemporary? Does it fit? Has the book moved away from it? Or simply, is there a better one out there?

During the course of the writing, I listed dozens of other titles. Lived with them for a while, checked to see how often they’d been used before, asked around. I even threw it out to my 5,000 Facebook friends! Then one by one, discarded all but one of them (including the working title).

Something in the Water was on my list for a while. It started mid-pack and slowly grew in strength as the others faded. It won by a comfortable margin. I must say, I’m delighted with it, as it implies intrigue and captures more than one of the novel’s themes. 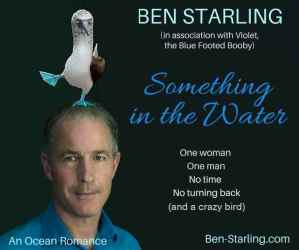 Okay, the fun part now! If you could live anywhere in the world, where would it be?

In a treehouse! Or wait—aboard a boat. Now that would be perfect!

What can we look forward to next from you?

Something in the Water will be supported by a series of short stories that reveal the backstories of the major characters in this world.

Something in the Water – available on Amazon

Something in the Air –

Something on the Fly – coming soon!

Something in the Water – Chapter 1 begins…

He didn’t look like the hotel guests, the business people, or the tourists. He didn’t move like them either.

He brushed past me as I climbed off my Vespa, stilettos in hand, outside the entrance of the Waldorf Astoria. Had he smiled at the radiance of my scarlet ball gown? Or was he amused by my battered Converse sneakers?

As a valet approached to take my scooter and helmet, I spotted my boss, Malcolm, waving hello from the lobby. He was approaching the glass doors that separated us when I noticed a small wooden box on the ground. Two steps later, I had picked it up. Who could have dropped it?

No one was close by, so I turned. The only man who’d passed me was already a half block away, gliding beside the cars that waited for the lights to change at the end of the block. Was it his?

What I knew for sure was that now wasn’t the time to be tracking down the little box’s owner. I should hand it in to reception and concentrate on the evening ahead. For a few seconds, I relaxed as I studied the hotel’s confident, soaring opulence—a world unknown to me before my arrival from Nantucket four years ago. The smooth texture of the box, however, drew my thoughts back to it. Was there something valuable inside? What if it did belong to that man, and he never returned to collect it? I turned the box over—and caught my breath.

Malcolm emerged in front of me. “Hello, darling, you look absolutely—are you okay?” I thrust my sparkly evening shoes into his hands, and hitched up my shawl. I was about to give chase when a convertible Ferrari lurched to a stop beside me.

“Going my way, babe?” its driver shouted, over the thrum of the engine.

But my dress was redder, and I got the better start.

You can find the rest of Something in the Water, Chapter 1 at http://ben-starling.com/chapter-one/

Ben Starling is passionate about marine conservation and boxing, both central themes in his upcoming novel. His interest in marine life has taken him across three continents over the past three decades. He is Oxford’s only ever quintuple boxing Blue (varsity champion five years running), was Captain of the university boxing team, and coached and competed until a few years ago. He is 6’3”and 192 lbs. Ben graduated with a Master of Arts and a Master of Philosophy. He was born in the USA but has lived in the UK since childhood.

Connect with Ben at www.ben-starling.com and