I have great pleasure in sharing my interview with E V Mason, author of Secret Heart (Book 2 of the Fallen Hearts Series).

E V Mason has always been fascinated with Gods, Myths and Monsters – and now she writes about them, she has a valid reason for sitting down and listening to them tell their stories.

In a previous life, she was a dancer, theatrical actress and attended two semesters at university when she was just 13; but her greatest achievement comes from once being part of a group holding a world record for “Largest image of an ear made from people,” in 2015.

A confessed introvert and tea drinker extraordinaire, she can usually be found tucked on the sofa with her nose buried in a book or shouting at the characters in popular television whodunnits- usually when they start investigating the suspicious noises instead of calling for help.

E V Mason currently resides in Staffordshire, with her husband, their son, and their new addition to the family – a Mastiff puppy called Ella.

If you see her- be sure to give her a wave!

Tell us a little about yourself. (How did you get started writing? What do you do when you’re not writing?)

Hi there! I always felt like the odd one out growing up. When other children had dolls and teddies, I carried books, so I guess I loved words from an early age.
I remember receiving my first journal when I was about 6 years old. It was pink, covered in lurid multicolour hearts and had my name emblazoned on the front…I soon became hooked on writing all about my day, writing little stories in and sketching out my characters (I use this term loosely, my stick men don’t even look like they’re supposed to!)

I’m the eldest of six children, and so I spent a lot of time weaving stories for my younger siblings. Being an author is all I’ve ever wanted to do, but outside of that I love to read (naturally – you can’t have one without the other!), I’m an avid listener of music, dancing around my living room – much to the embarrassment of our teenage son – and dragging my husband and son out into the big wide world and walking with our mastiff pup, Ella.

Is this your first book? How many books have you written prior (if any?)

Secret Heart is my second novel, and the second in my Fallen Hearts series.
Dead Heart was the first (morbid title, I know – but it pertains to the story!) and I was lucky enough to create the plot for it on a sunny day in the South of France. My muse was hanging out with me that day!

What genre is it, and what is it about?

Secret Heart is a paranormal, romantic fantasy novel, and in it, we follow Lady Grayson Troy. She suffers heartbreak early on, uncovering a destiny she’s not too keen on, and we follow her as she throws herself into her work as an archaeological conservationist. She literally flees the country to escape and finds herself intertwined within the fates of Gods long since thought to be dead…

I talk a lot about my Fallen Ones – in short, their Gods and Monsters from the classical myths who have fallen from grace, forced to skulk in the shadows of humanity, staying hidden – or they risk a wrath bigger than what they’ve bestowed themselves.

What or who inspired you to write this book?

I am a HUGE Greek Mythology geek (no apologies!) and have devoured their stories since I was little. I’ve always been fascinated by how mankind created their worlds based on tales of ancient deities.
I’ve always felt as though there was a lot more to their tales. Not just the Gods themselves, but the monsters that are woven throughout too. I like to think I take the classic stories and turn them on their heads, bringing them into the modern world instead of gathering dust in the past.

What writing advice do you have for other aspiring authors?

Put your bum in that chair and write! We can chase plots and scenes around our heads for eternity, but they won’t do any good until they’re down on paper. I speak from experience. It took me 10 years to get serious about writing. I chose the ‘proper job’ route because I listened to others who said I’d never get anywhere with it. I sure showed them!

NaNoWriMo is a perfect way to start, as it encourages you to establish a writing routine to hit your daily word count. I wrote my first novel during NaNoWriMo in 2019 and I haven’t looked back since!

What do you enjoy most about writing and why?

Creative license. I’ve always been a daydreamer, and now I get to invite others into my world – and when I’m lost in thought, I can blame my characters for talking to me!
I also believe it’s quite a therapeutic process. I’m having a lot of fun breaking down the walls of what society perceives authors to be (Spoiler Alert – we’re not starving artists, channelling our inner Sylvia Plath!) and letting my readers see what goes into every step of the process of birthing a book.
In the end, you’re putting a piece of your own soul out there for the whole world to see.
It can be terrifying, but it’s worth it when a reader gets in touch to say they’ve enjoyed what you’ve written.

I have Segmental Heterochromia – meaning my eyes are different colours. One is blue and brown, the other blue and green. I love them and have to laugh when people notice they’re different for themselves and stare into my eyes.
Bless them, they get so embarrassed when they realise what they’re doing, but I don’t mind. It’s fun to be different.

Hmm, what else? I was once part of a group of people who were awarded a Guinness World Record for creating the largest image of an ear from people. We no longer hold the record, but it was a lot of fun to create!

I love to learn too – I studied Phonics in university when I was just 13, and I didn’t really have a social life until I was in my late teens, I preferred to be home, studying! That passion for learning didn’t end when I left school either.
I’m currently learning French (we will be moving to France in the next couple of years!) and I regularly take accredited courses when I’m researching my novels, so I have an understanding about what I’m trying to write about. I completed both a Criminal Psychology and a Forensics diploma when I wrote my first book, as I hadn’t got a clue. There’s only a brief mention of it in Dead Heart, but I have no regrets! It’s that attention to real-world detail that my readers always comment on – it draws them in completely.

What is your least favourite part of the publishing/writing process?

I’m going to be cliché here and say marketing, definitely. I’m quite an introverted person and having to put myself out there and promote my work is hard for me. I’m still learning, as there are hundreds of different ways to make yourself visible, and it feels like there’s an art to finding the ones that work!

It’s also hard when people don’t think that writing is a ‘real job.’ Writers tend to doubt themselves a lot anyway, I’ve found, but you soon develop a thick skin. If all else fails, you can shut yourself away and dive into your created world for a while until it passes.

What can readers who enjoy your book do to help make it successful?

Reviews are definitely the bread and butter of our industry, so taking a couple of minutes to review my books on Amazon and Goodreads are always greatly appreciated. I don’t expect a perfect review either – honesty is what counts with me. How else will I hone my craft?

I love it when readers get in touch to discuss the books, or just to say hi. I have an exclusive reader’s group on Facebook where I invite readers to come and hang out with me. Not only do they get to know the author behind the books, but I also share exclusive content here that won’t be seen anywhere else.

What is your next project?

I’m currently working on Book 3 of my Fallen Hearts series. I finalised the cover a few days ago, with my graphic artist Leraynne – she’s absolutely incredible, a gift from the Gods themselves! There are seven books planned in total for the Fallen Heart Series, but I’m also working on two other spin off series within my Fallen World.

I won’t be slowing down anytime soon!

Thank you so much for having me!

Lady Grayson Troy appears to have it all – loving parents from a noble bloodline, a successful career in archaeology and a devilishly handsome fiancé whom she is set to marry. Tomorrow.

Yet things beneath the surface, aren’t always what they seem…and the secrets within her own lineage run deeper than she ever imagined.

Heartbroken, humiliated and on the run from a destiny she refuses to believe in, Grayson turns to the one thing she can rely on – her work. Called to the Temple of Bassae by the formidable Da, she sets out to help restore the site to its former glory.

If the hard work and Summer sunshine won’t take her mind off her problems, then at least dealing with the enigmatic and gorgeous head of the dig, Pol, will. If only he’d shut up about that blasted column, and stop probing into her past – one that he seems to know a lot more about than she does herself.

If push comes to shove, she can always head home and face her eccentric Aunt Cassandra and embrace her true heritage…

Grayson would rather die.

As tensions mount and the occurrence of supernatural events begin to stack up around the Temple causing more secrets and lies rise to the surface, Grayson begins to see the repercussions of true love and the lengths that the Gods will go to heal their own broken hearts.

On second thoughts, Death might be the easier option.
Desperate to find answers to a past that is haunting her future, Grayson must make a terrible choice…either walk away, and allow the world as she knows it to be destroyed by those she thought she once knew…or fall to the one thing she’s run half way across the world to avoid…

A life fated to be lived amongst those that call themselves the Fallen One’s.

Secret Heart is the second instalment in the Fallen Hearts Series, which is intended for adults and packed with mythology, sassy Gods who have their own ideas on morality and headstrong women discovering just how powerful they can really be.
Intrigued? Then step into the world of the Fallen today! 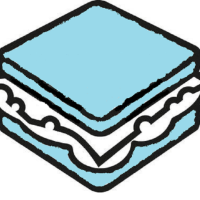